[A video of me talking about this is available here]

Docker is extremely popular with developers, having gone as a product from zero to pretty much everywhere in a few years.

I started tinkering with Docker three years ago, got it going in a relatively small corp (700 employees) in a relatively unregulated environment. This was great fun: we set up our own registry, installed Docker on our development servers, installed Jenkins plugins to use Docker containers in our CI pipeline, even wrote our own build tool to get over the limitations of Dockerfiles.

I now work for an organisation working in arguably the most heavily regulated industry, with over 100K employees. The IT security department itself is bigger than the entire company I used to work for.

There’s no shortage of companies offering solutions that claim to meet all the demands of an enterprise Docker platform, and I seem to spend most of my days being asked for opinions on them.

I want to outline the areas that may be important to an enterprise when considering developing a Docker infrastructure.

You will need a registry. There’s an open source one (Distribution), but there’s numerous offerings out there to choose from if you want to pay for an enterprise one.

When images are uploaded to your registry, you have a golden opportunity to check that they conform to standards. For example, could these questions be answered:

Static image analysers exist and you probably want to use one.

How are images going to be built? Which build methods will be supported and/or are strategic for your organisation? How do these fit together?

Dockerfiles are the standard, but some users might want to use S2I, Docker + Chef/Puppet/Ansible or even hand-craft them.

You need to know that the images running on your system haven’t been tampered with between building and running.

Vendors will arrive with Docker images expecting there to be a process of adoption.

If you already have software development lifecycle (SDLC) processes, how does Docker fit in?

Somehow information like database passwords need to be passed into your containers. This can be done at build time (probably a bad idea), or at run time.

If you run Docker in an enterprise, you might want to mandate the use of a company-wide base image:

By default, access to the docker command implies privileges over the whole machine. This is unlikely to be acceptable to most sec teams in production.

Solutions exist for this, but they are relatively new.

A regulated enterprise is likely to want to be able to determine what is running across its estate. What can not be accounted for?

When things go wrong people will want to know what happened. In the ‘old’ world of physicals and VMs there were a lot of safeguards in place to assist post-incident investigation. A Docker world can become one without ‘black box recorders’.

Application logging is likely to be a managed or controlled area of concern:

Containers can quickly proliferate across your estate, and this is where orchestration comes in. Do you want to mandate one?

Enterprise operating systems can lag behind the latest and greatest.

Jenkins is the most popular CI tool, but there’s other alternatives popular in the enterprise.

Docker has in its core the use of volumes that are independent of the running containers, in which persistent data is stored.

Enterprises often have their own preferred Software Defined Networking solutions, such as Nuage, or new players like Calico.

Having an aPaaS such as OpenShift or Tutum Cloud can resolve many of the above questions by centralising and making supportable the context in which Docker is run.

If you’re using a cloud provider such as Amazon or Google:

Hey, what about x?

Get in touch: @ianmiell
My book Docker in Practice 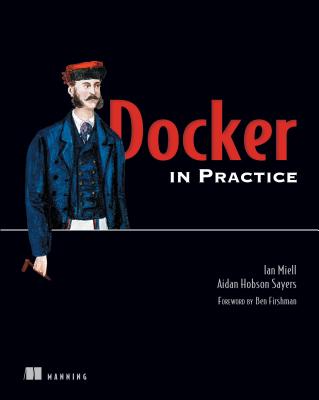 7 thoughts on “A checklist for Docker in the Enterprise”