This article continues on from the previous two posts outlining a method of provisioning Jenkins instances on demand programatically using docker-compose.

In this post we take this one step further by demonstrating how a Docker container can dynamically add itself as a client to the Jenkins server.

This updated diagram shows the architecture at part III 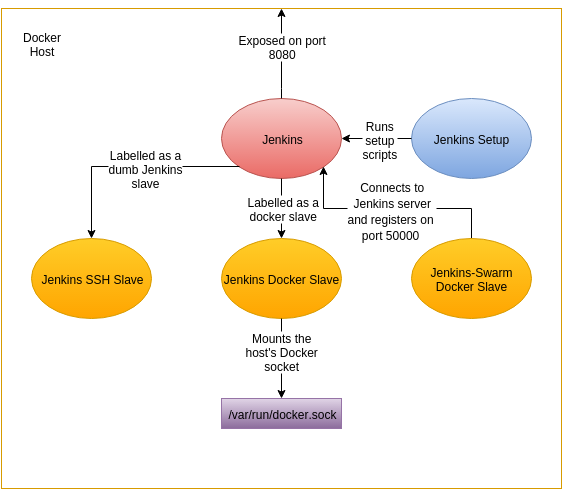 Note: Do not confuse ‘Jenkins Swarm’ with ‘Docker Swarm’.
They are two different things: Jenkins Swarm allows clients to
dynamically attach themselves to a server and run jobs, while
Docker Swarm is a clustering solution for Docker servers.

In addition, these new plugins have been added:

This is now baked into v3.0 of the git repo.

Skip to the end for a demo of a simple job running on a swarm node.